So here is one thing I don't under. In all the years I've been wearing Makeup I do NOT understand why the makeup companies feel like they have to degrade us as women. I mean have you ever read some of the names they put on makeup.

Nars Loves to use the word Orgasm. Maybe it's just me and I'm old fashioned but my makeup has never given me an orgasm and usually after such acts my makeup is a mess and frankly not something I was thinking about in the moment.

BareMinerals Eye Shadow named Sex Kitten. Okay first of all I am not 16 or 18 for that matter so I don't consider myself a Kitten. (could be an age thing again). Second of all why would I want to be called a Sex Kitten let alone wear anything with that name. Some people may think it's sexy. Personally I feel like they use the "Sex sells anything" to seriously.

Obessive Compulsive Cosmetics Lip Tart named Hoochie. Come on now. Why would anyone like being called Hoochie. For that matter if someone asked you what you were wearing would you really want to say, I have hoochie on my lips? It's a bit funny could be taken in so many ways.

That's just to name a few there is tons of other ones out there. I don't know maybe you feel sexy when wearing such names on your face and body but personally I feel like a cheap hooker getting ready for the night and it's really not something I want my kids wearing when they get older.

Now onto some makeup that I do enjoy wearing. Thanks to Shine Cosmetics - The new voice makeup I can wear great makeup that I feel good about. They host a wide variety of names to help you feel empowered while you wear their makeup. Here are a few.

Shine Lip Gloss named Admired - This is a wear everyday light pink color. And really is something to be admired for.

Shines Eye Shadow named Divine - Long lasting eye shadow in a deeper color that truly is a Divine look on anyone.

I don't know about you but I would rather wear makeup with this name so when people ask what I am wearing I can proudly tell them and not feel like cheap and degraded. 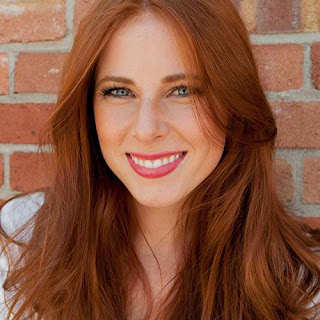 Her makeup is all Shine - Isn't it beautiful!

Hey Ladies, The Holiday's are just around the corner. Now is the perfect time to get into business for yourself and starting earning....